January 15, 2018
Xochi - A high-class Mexican restaurant fixed inside the elegant Marriot hotel in downtown Houston. My wife and I sat through downtown traffic for half an hour with my in-laws just to get here. Was it worth it? You bet.

If the presentation alone doesn't say anything, the explosion of flavors will. We got the opportunity to go at a three course meal last Friday during lunch. Starting with their Molotes de Xoxocotlan and Ostiones De Lugo as part of their "2 for $24" appetizer deal: 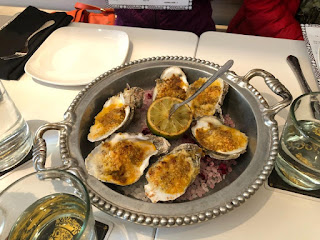 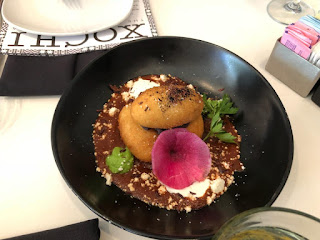 Doesn't that alone make you want to go there? The flavors where some of the most unique I've tasted in a while. The Ostiones De Lujo (Oysters) were a finely balanced appetizer, perfectly mixing crunchy breadcrumbs atop the soft and savery oyster. If that isn't enough, they mixed in their signiture mole amarillo.
The Molotes de Xoxocotlan are warm, soft masa cakes filled with potato, chorizo, and avocado. The most striking feature was the chapulin garnish, which directly translates to "cricket garnish". Chirp :)
If this is starting to sound too extreme for you, rest assured that you won't be scraping cricket legs from your teeth. The garnish is barely noticeable and adds just a hint of exotic ;)

For the main course, I decided to go simple and try their not-so-simple Xochi burger. A mountain of prime beef, chorizo, avocado, and housemade Oaxacan string string cheese: 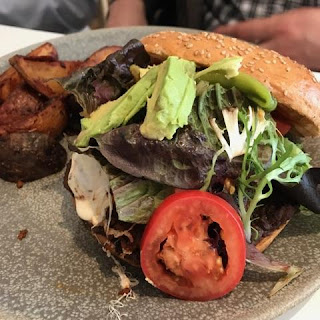 Xochi Burger
The burger was good, but do yourself a favor when you visit - don't get the burger. My sister-in-law ordered the Atun and graciously let me try some. That's what I should have ordered. My wife got the enchiladas, and when the plates came out I was instantly envious of her plate: 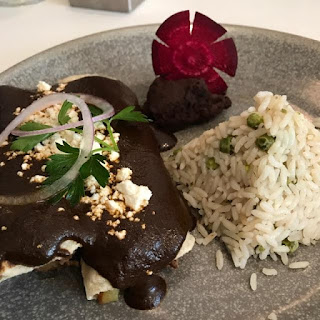 Enchiladas
Round three: Dessert! We finished off the meal with the Cacao and Platano Crujiente. Both were fantastic in their own way. Their chocolate was nice and not overpowering, and the plantain was perfected fitted into a crispy jacket. 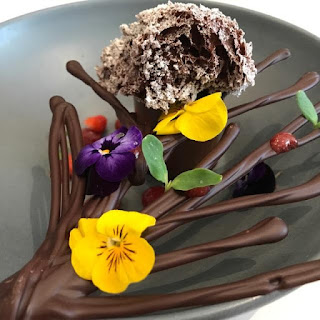 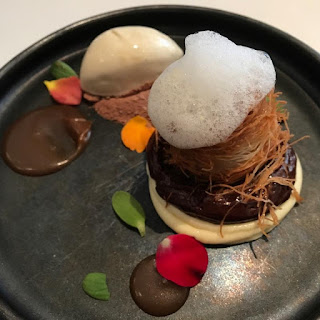 I would love to go back to this place if I get the chance. The dishes aren't cheap, but if you are looking for a unique experience for a special occasion, definitely consider making the drive to downtown Houston and spending the few extra dollars.