September 24, 2018
Have you ever had a friend who identifies as a Christian, but their living does not match what your view of who a Christian should be? I have. Actually, I was that friend.

Growing up, my living was far from the teachings of Jesus described in the four gospels. It's not that I didn't want to be nice, love my neighbors, and share my possessions. It's just that it wasn't in my nature to do so.

For non-believers, this can be bamboozling. It can even be a point of attack towards a believer. They might think that the hypocrisy is a perfect excuse to denounce Christianity. Why should they believe in Jesus if it obviously wouldn't make them any better off? Why commit to a set of beliefs and practices that didn't work for the people around them?

I don't blame them. I sympathize with them. This concept of Christian commitment producing a well-behaved, good, and moral individual has been tainted by Christianity for centuries. Now, many believers and non-believers alike hold to the traditional ideology that because someone is a Christian, they should hold themselves to certain moral codes and standards. In reality, what has happened is that religion has blinded us to focus on these outward behavioral actions, rather than focusing on the main subject of Christianity: Christ Himself.

If you train a pig to live a sheep's life, it may be able to do so for a while. Nevertheless, the fact remain's the same. The pig still possesses the pig life. It's nature and instinct is still to roll around in the mud. So when the opportunity comes, it will dash toward the pit of mud. A pig can never live a sheep's life because it does not dispositionally contain the sheep's life.

In the same way, even though humanity was made in the image of God, with virtues that match God's good nature, we have been damaged and tainted with the sin life and nature. The Apostle Paul wrote concerning this inner battle of the law of good in his mind verses the law of sin and of death (Rom. 7:18-8:2).

When people declare that they are a Christian, they shouldn't feel a grudging duty to go to church on Sundays, participate in Bible studies, and love everyone around them. They shouldn't have to ask themselves in a certain moment, "Oh, What would Jesus do?". In reality, this living should be a habitual and non-intentional result of the divine life that has been begotten in their being.

I would like to cite a small footnote written by Witness Lee on the word "righteousness" in 1 John 2:29. The verse is:

"See note 65 in ch. 1. This is not to do righteousness occasionally and purposely as some particular act but to practice righteousness habitually and unintentionally as a common daily living. It is the same in 3:7. This is a spontaneous living that issues from the divine life within us, with which we have been begotten of the righteous God. Hence, it is a living expression of God, who is righteous in all His deeds and acts. It is not just an outward behavior but the manifestation of the inward life; not just an act of purpose but the flow of life from within the divine nature, of which we partake. This is the first condition of the life that abides in the Lord. It is all due to the divine birth, which is indicated by the word has been begotten of Him and the title children of God in the succeeding verse (3:1)."

Christians are people who have received a second birth, which the bible calls regeneration (1 Pet. 1:3). This second birth is the very life of God coming into their being. Now, as Christians, we have a choice to give heed to this life, or to continue living by our own human life.

The Lord said, "You therefore shall be perfect as your heavenly Father is perfect." How can we? It seems impossible at times. However, we have to realize that this isn't a commandment from the Lord. He is telling us who we are becoming. You shall be perfect, because the life within you is perfect. You will live the kingdom life, because the life within you is the kingdom.

With these things in view, we can be released from any sort of Christian commitment that only keeps us in bondage. We no longer have to worry about keeping the Christian moral code. So long as we are loving this One who has been installed in our spirit, abiding in Him, and obeying His instant speaking, the living will come out. Just love Him. 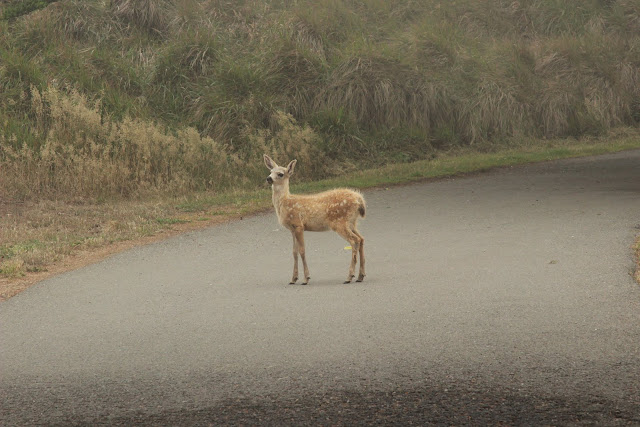